fb tw in
Back to top 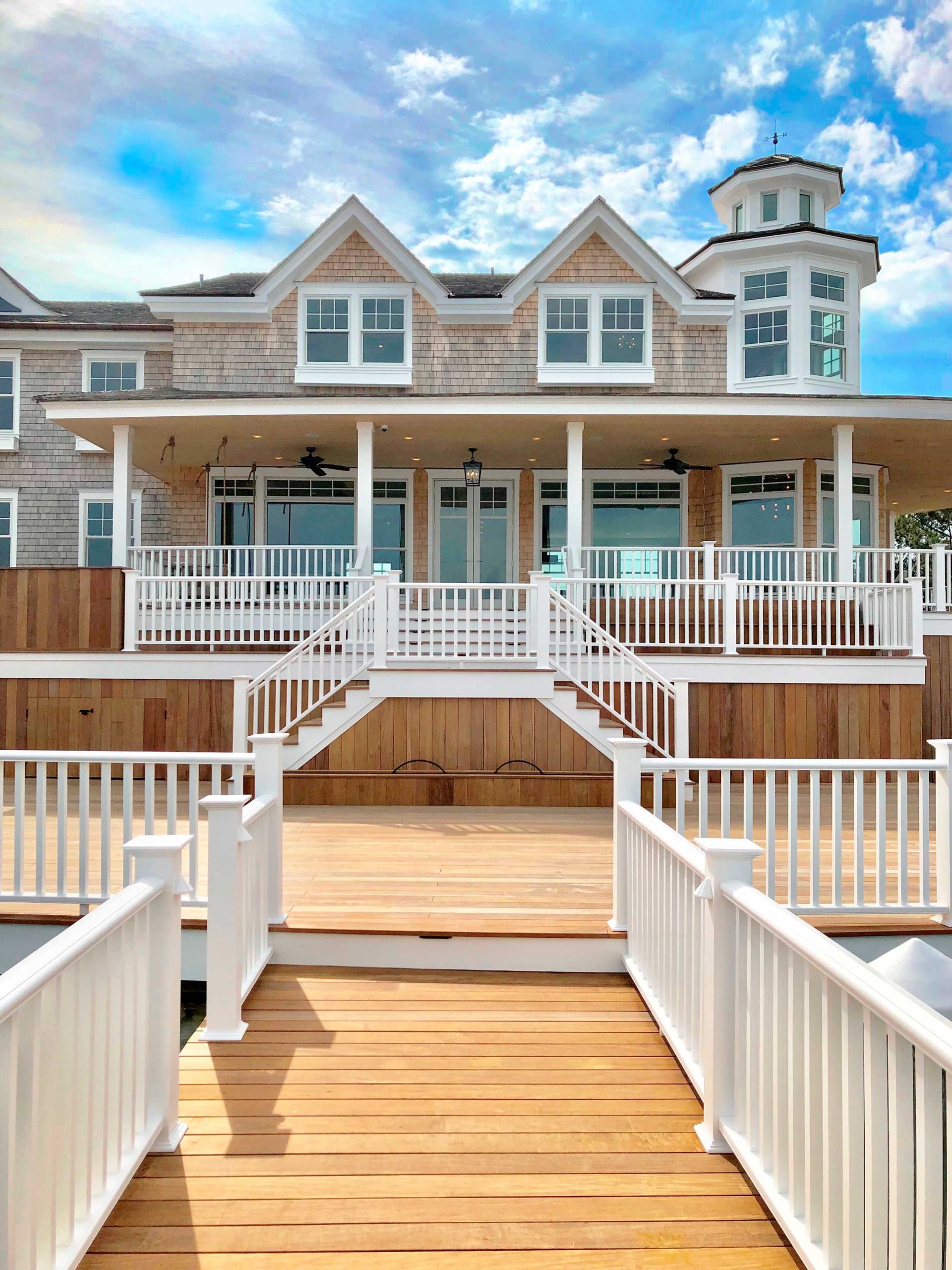 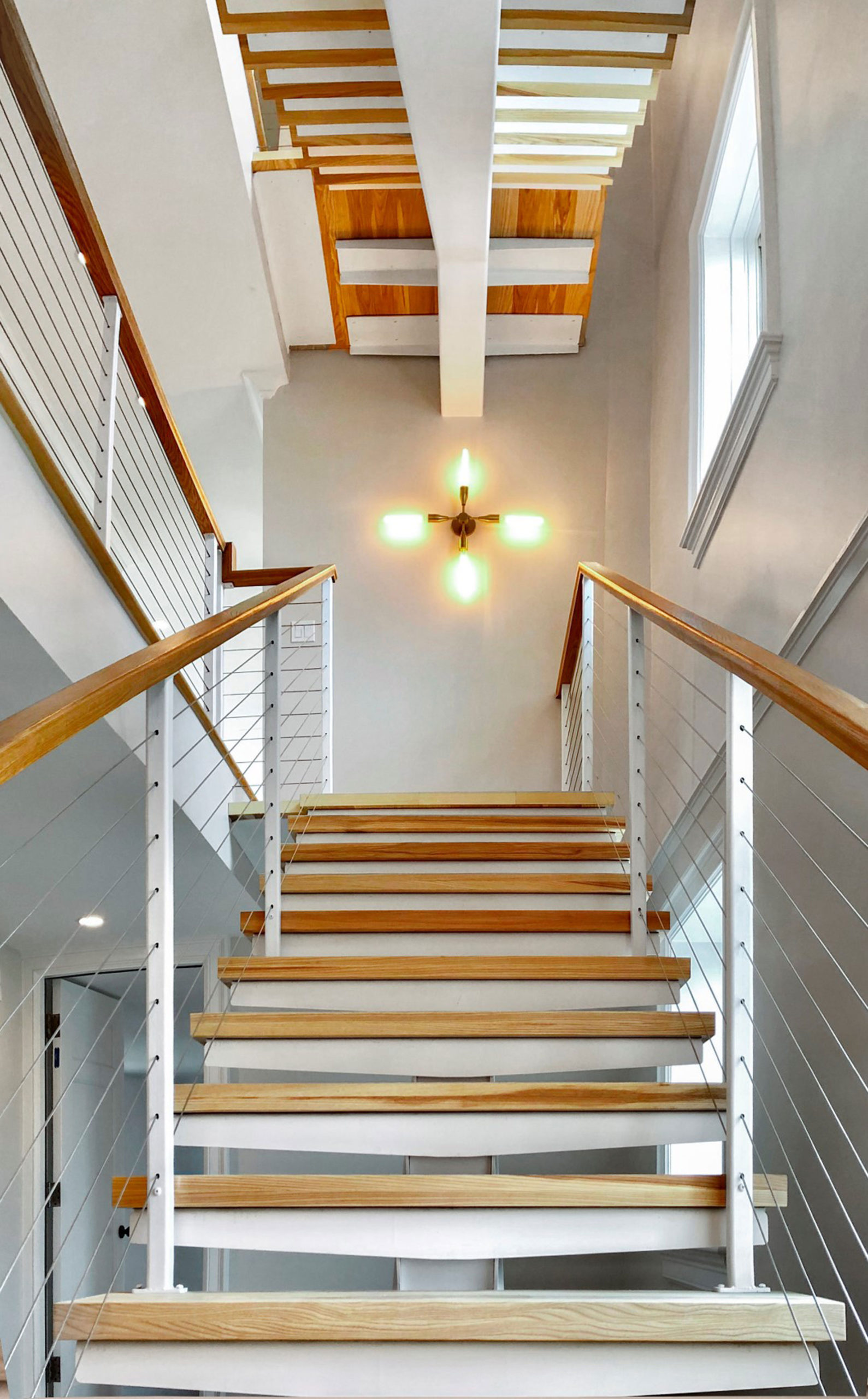 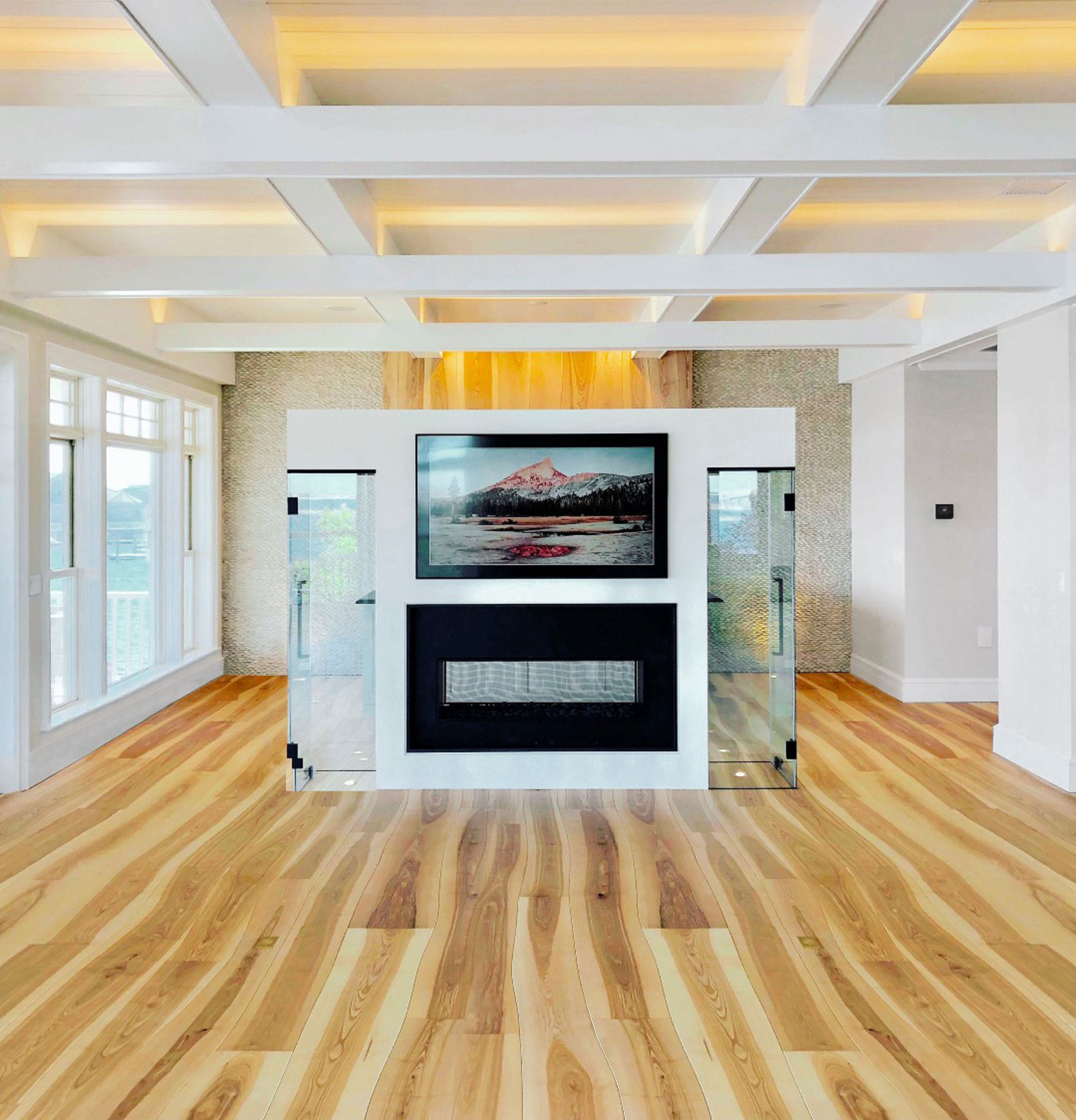 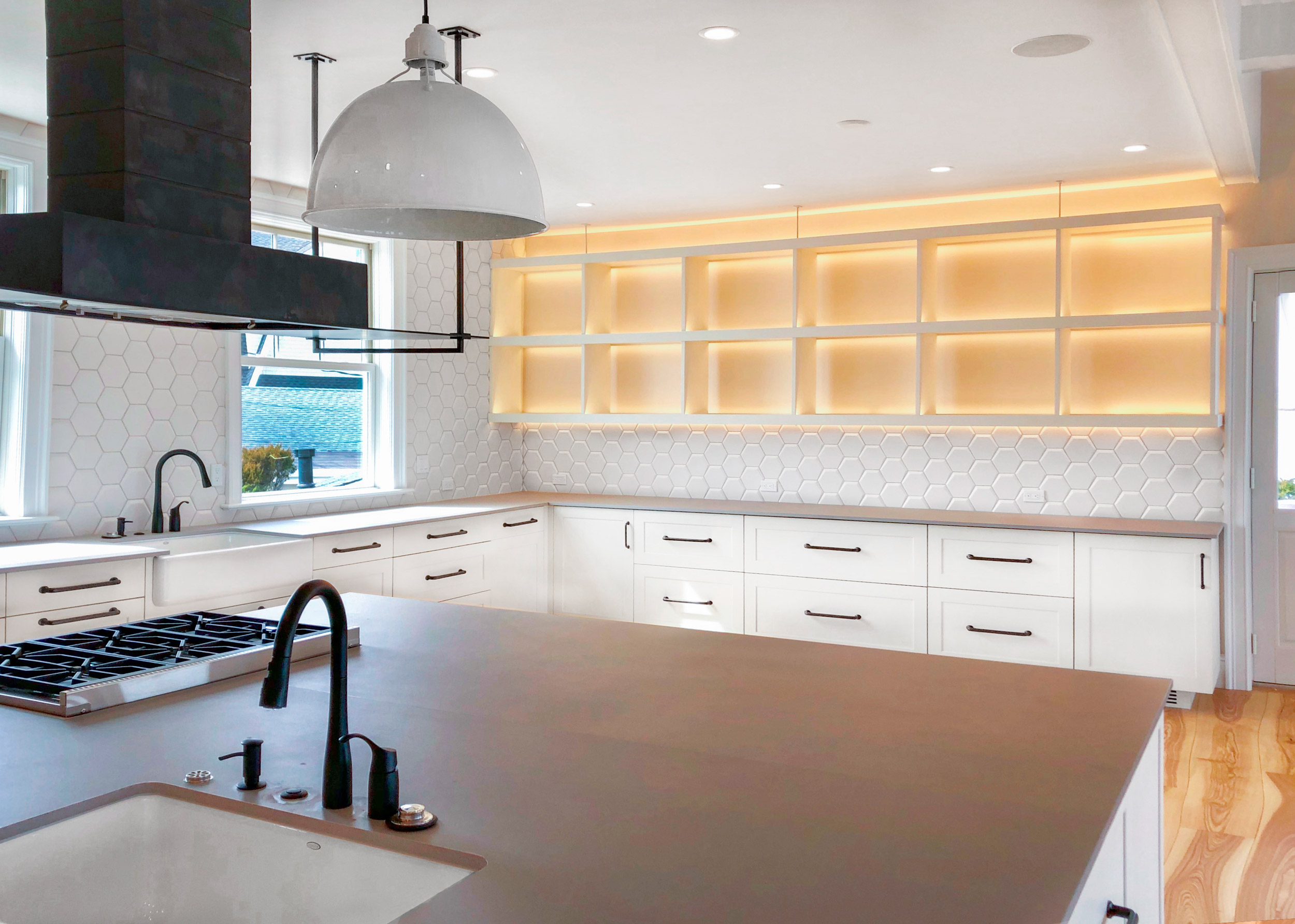 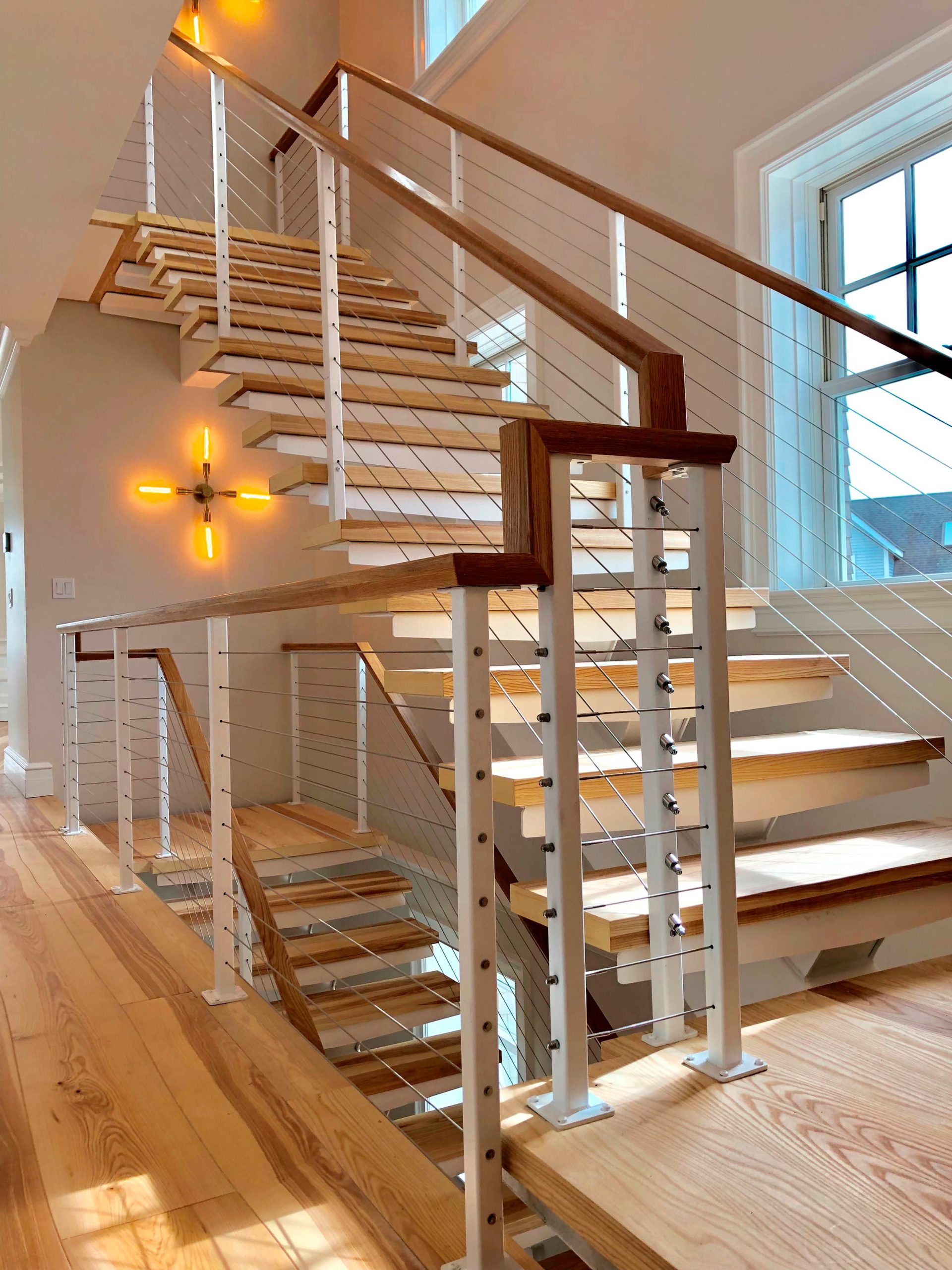 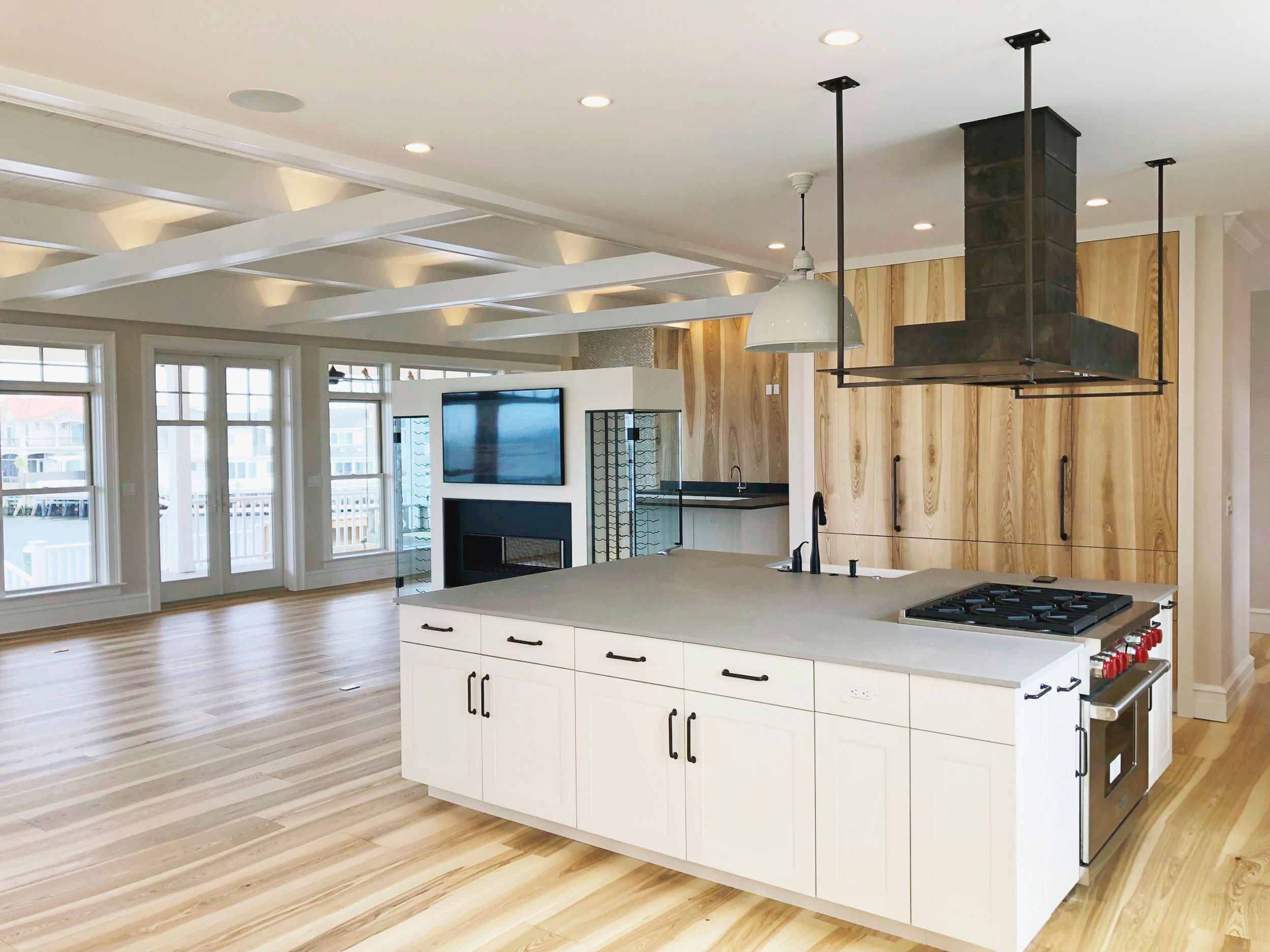 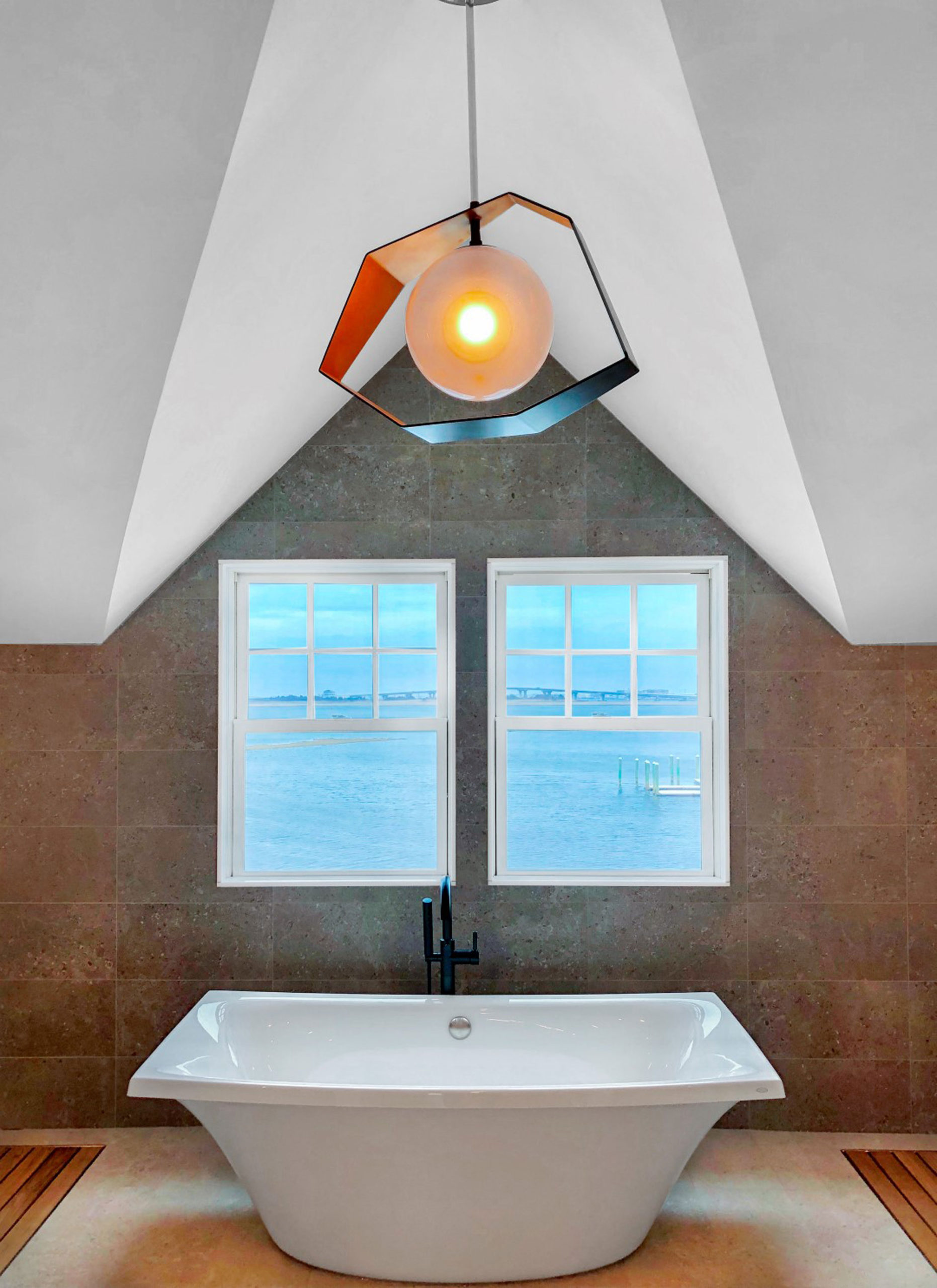 Many summer homes in Ocean City, New Jersey, were badly damaged by Hurricane Sandy in 2013. One couple tried fixing theirs up, but later opted to buy a plot of land next door and build a new one.

The house has an orthogonal floor plan and is comprised of three volumes, each of which is rotated with the curvature of the site, so that every room has an ocean view. It also has a tower that alludes to a lighthouse and several terraces.

Designed so the owners can enjoy being outdoors as much as possible, another request was that it evoke the homes of the old whaling village of Nantucket, hence the cedarwood siding that turns a grey hue when exposed to the elements, reminiscent of the style of the legendary town where part of Herman Melville’s classic novel Moby Dick is set.

Local planning regulations stipulate that houses be built 15 feet above street level so water can pass underneath them in the event of a hurricane. To disguise the gap, a series of terraces with gardens were designed.

The house itself has several sustainable features. The mechanical system is equipped with an energy recovery ventilation unit, and is designed with a geothermal closed loop that uses the bay as the heat exchange medium. The building’s envelope also exceeds the requirements under the energy code.

This project was design in collaboration with DCM Architecture & Engineering.